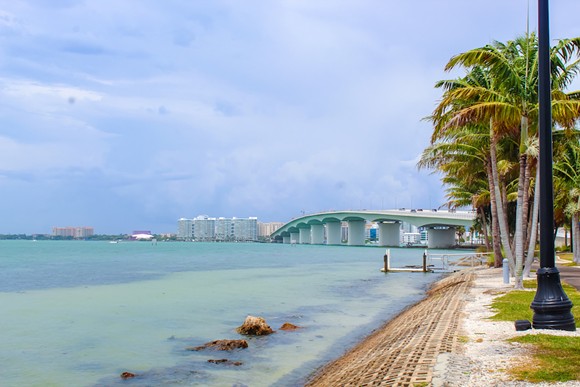 As Floridians continue to trek down to the beach to enjoy the summer heat, it is clear that the beaches we know and love are not the same as they once were, and a new study suggests that many have had high levels of poop.

According to a report released Tuesday from the non-profit Environment America Research and Policy Center, out of a sampling of 2,620 beaches across the United States, more than half were unsafe for swimming for more than one day in 2018, due to high levels fecal bacteria from urban runoff, sewage overflow, and failing septic systems.

In Florida, out of 263 sites, 180 sampled last year were deemed unsafe for at least one day, spanning across five different counties, with the five most unsafe beaches including Bayou Texar (24); Sanders Beach (23); Crandon Park on Key Biscayne (17); Bird Key Park (17); and Venice Fishing Pier (15).

Out of the five counties, Hernando County ranked at the top of the list with 38% of potentially unsafe beaches, followed by Okaloosa County (22%), Escambia County (20%), Walton County (18%) and Gulf County (17%).

Overall, the Gulf Coast region led in entire country for unsafe beaches with 85%, followed by the Great Lakes region at 75%, and West Coast at 67%.…