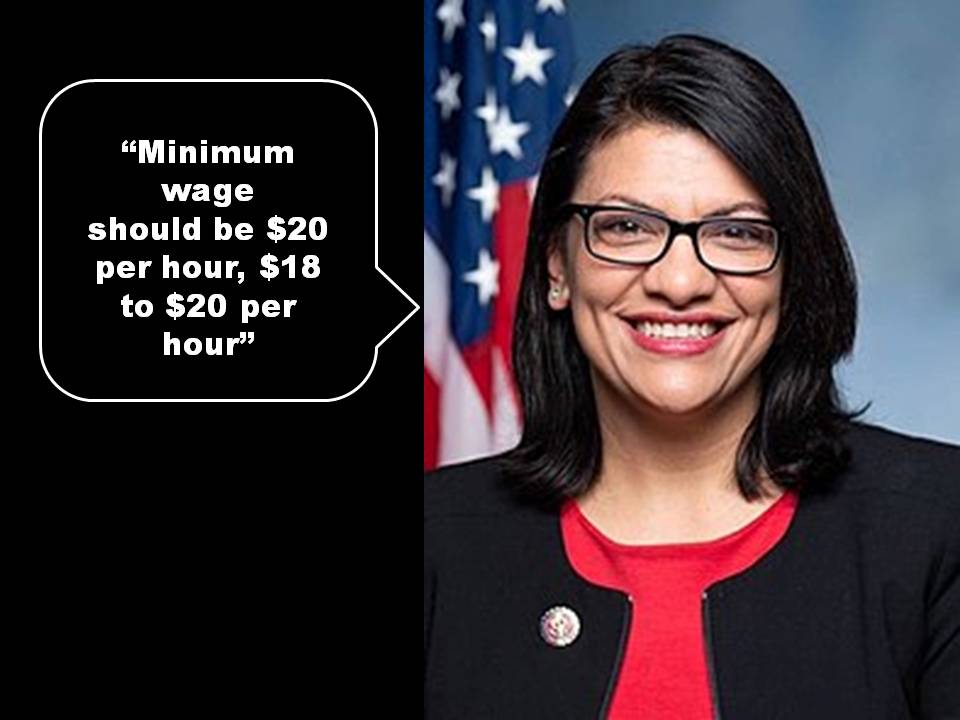 Rep. Rashida Tlaib, D-Mich., is demanding the federal minimum wage be raised to $20 per hour.

She made the statement Sunday at an event in Detroit, one of the countries most crime-ridden cities.

Republicans said they will force mainline Democrats in the 2020 presidential race to address the issue in upcoming debates.

The Democrat-controlled House of Representatives passed a $15 federal minimum wage bill last week, however, it has little chance of passing the GOP-controlled Senate.

Republicans contend that if the federal minimum wage were to be raised to even $15 per hour that small businesses would close within months and the economy would be crippled.

Democratic presidential debates will be aired again on July 30 and 31.