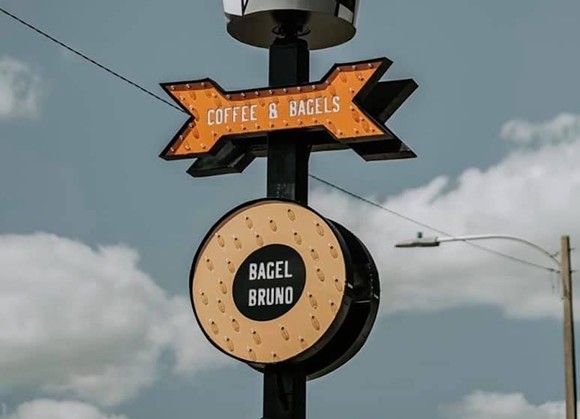 Bagel Bruno, the collab between two of our most notable local businesses —Foxtail Coffee and Pizza Bruno — is ready for prime time.

Pizza Bruno owner Bruno Zacchini will serve what he describes as an “Orlando-style bagel,” which is similar to a Montreal-style bagel but vegan: The dough contains no egg or honey, is naturally leavened, and is poached in dark brown sugar before being hearth-baked.
Six varieties will initially be served — plain, salt, rye, sesame seed, everything and cinnamon-golden raisin — after which, Zacchini says, seasonal varieties will make their way onto the menu.

A bevy of sammies (and Foxtail’s coffees, of course) will also be served.

During the soft opening, Bagel Bruno will remain open from 7 a.m. until they sell out.

Have a look at the menu, then plan your journey to Edgewater Drive.
So many restaurants, so little time. Find out the latest dining news every Friday morning with our weekly Food + Drink newsletter.