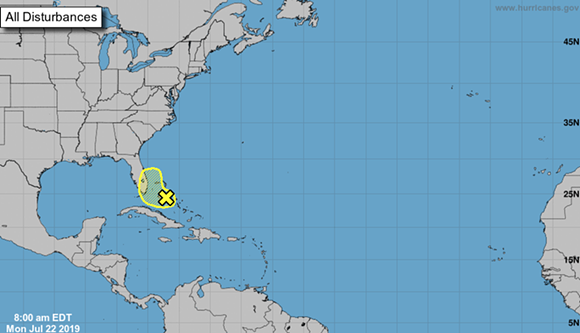 UPDATE: Newer news says that there’s now a 60 percent chance of this storm hitting Florida. We’ll do our best to keep you pointed at the latest updates.

There’s a tropical wave brewing in the Bahamas, but chances of it moving into Florida as a storm aren’t too high.

A Monday morning update from the National Hurricane Center says there’s a 30 percent chance the Caribbean showers will become the third named tropical storm of 2019.

“Environmental conditions are expected to be marginally conducive for development during the next couple of days while the trough moves west-northwestward to northwestward at around 15 mph,” according to a report from the center.…