The aforementioned socialists are also known as the Squad.

The rioters maimed, killed, and demanded to be heard. BLM and ANTIFA were accepted by AOC and Ilhan Omar, who openly hates America while embracing Islam.

During this time, those on the left, including Kamala Harris and Joe Biden, stated that the “protesters must endure…or stay strong.” The rioters and anarchists were not condemned or referred to as terrorists even as they ran off police officers and burned a police station and other businesses to the ground.

Facebook, Google, and Twitter did not block videos, or ban the accounts of any CNN reporters or politicians who referred to the rioters as “protesters.” No, instead, the tech giants glorified the mayhem and supported it. They even allowed videos to be promoted and advertised.

On Wednesday, Trump supporters turned up in droves at the Capitol to show their support for President Donald Trump hoping for the Senate to keep socialism out of the Whitehouse.

Emotions were high and many protesters stormed the Capitol building in hopes of swaying the political agenda of the corrupt establishment.

Many, wrote on Facebook, “The people should not fear their government. The Government should fear their people.”

Amanda Collins wrote, “This is as American as it gets. Storming the Capitol to shutdown tyranny.”

Democrats immediately moved to label anyone at the protest as a terrorist or right-wing extremists. AOC referred to them as white supremacists.

During the incident, an unarmed Air Force veteran, Ashli Babbitt, was shot and killed by a Capitol police officer. That officer has since been placed on administrative leave. Chief of Police Steven Sund confirmed this information with The Daily Lash.

The shooting was captured on video and confirmed that Babbitt was not armed and had not threatened any officers.

Those on the left, and those who have been bought and paid for, immediately moved to blame President Donald Trump, calling for Congress to invoke Amendment 25. Including, Kamala Harris…the same woman who, over the summer, told rioters “protests will not and should not stop.” She continually referred to the burning of a police station as a peaceful protest and not a riot. She refused to recognize the rioters as so. 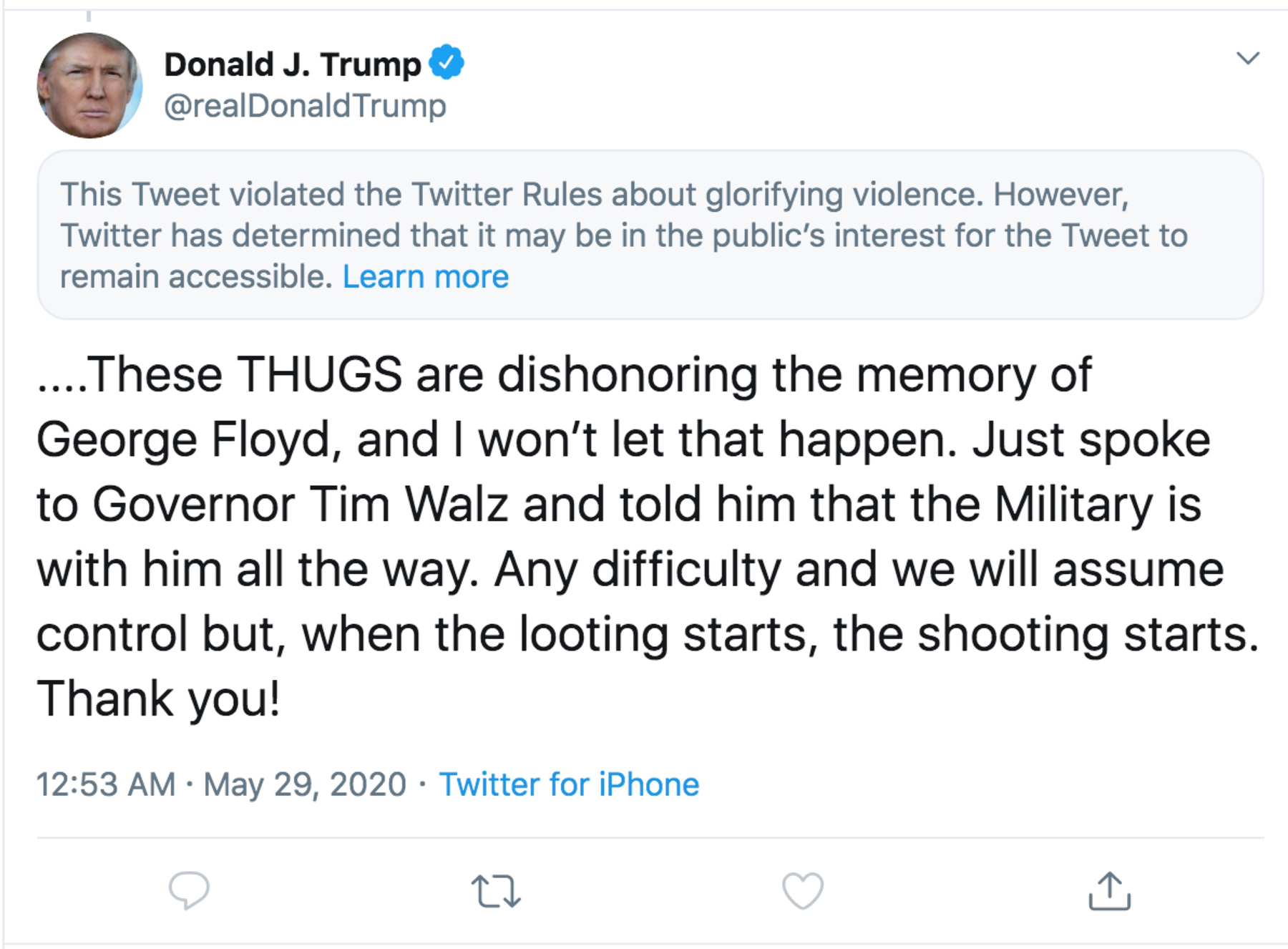 During the January 6, 2021, protests, President Donal Trump tweeted out several messages to his supporters denouncing violence.

In the video, President Trump stated:

“Even though I totally disagree with the outcome of the election, and the facts bear me out, nevertheless there will be an orderly transition on January 20th. I have always said we would continue our fight to ensure that only legal votes were counted. While this represents the end of the greatest first term in presidential history, it’s only the beginning of our fight to Make America Great Again!”

The tech giants openly admit to shadow banning Trump. Mark Zuckerberg said Facebook deleted the video because he felt the video message was violent in nature and would incite further violence.

But burning down a police station and allowing the videos to be monetized is acceptable by Facebook and Twitter standards.

There were other tweets sent out condemning Wednesday’s violence as well.

Essentially, despite video evidence and eyewitness testimony presented during multiple election fraud hearings, the electoral votes were given in favor of Biden.

The overwhelming evidence was completely ignored.

For years, President Trump was accused of, with zero evidence, of winning a “rigged election” by way of Russian influence and collusion. This was the headline in every other liberal media outlet paper.