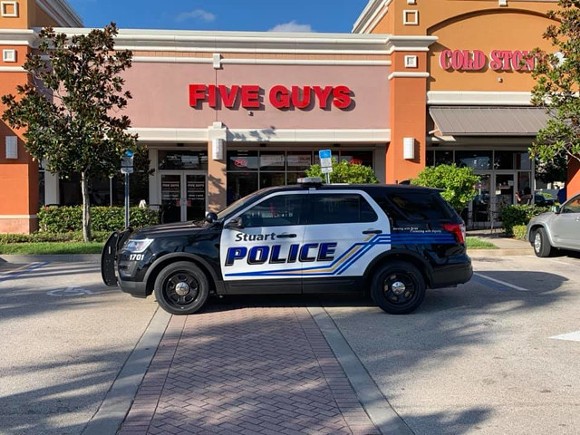 Exactly five guys were arrested this week after a fistfight broke out in a Florida Five Guys location.

The numerologically correct brawl occurred Wednesday afternoon at the Five Guys Burgers & Fries at 2185 Southeast Federal Highway in Stuart, Florida, according to the Stuart Police Department.

“Can you guess how many guys were arrested at this location on Wednesday?” asked the PD in a Facebook post. “Early afternoon, Stuart Police received a report of a fist fight taking place inside of Five Guys Burgers and Fries.…