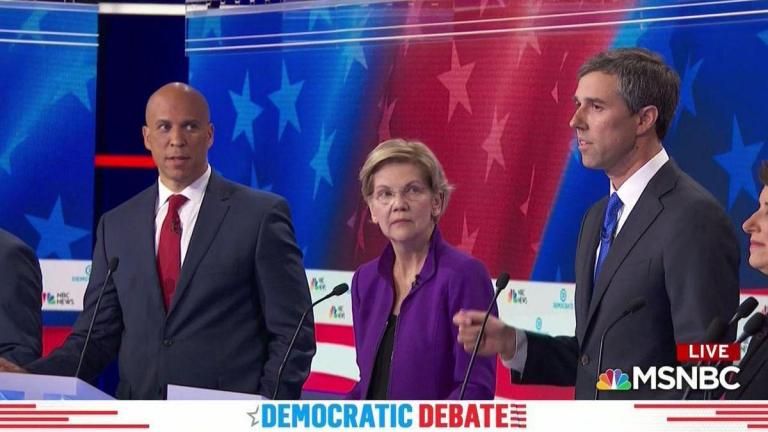 Late night hosts jumped on the chance to mock Beto O’Rourke after he attempted to gain Latino voters by speaking Spanish at Thursday’s Democratic Debate.

Sen. Cory Booker, who has been accused of being crazy, gave O’Rourke the side-eye. However, moments later, he himself, not wanting to be outdone, answered a debate question in Spanish.

O’Rourke is seeking the Democratic nomination for President of the United States in 2020.

O’Rourke has little chance of winning, according to social media polls.