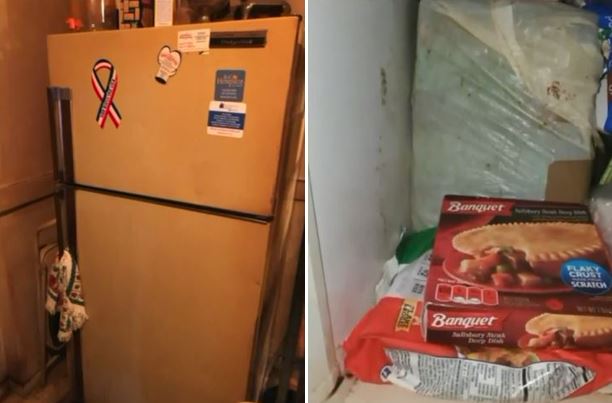 ST. LOUIS – Police say that on July 27, a son made a gruesome discovery in his mother’s freezer.

The incident occurred in the 6000 block of Magnolia, St. Louis.

Adam Smith told police that his mother had just died. Following her death, he became curious and opened a package that had been stored in her freezer for 37 years — since Smith was a child.

Smith’s mother had always told him the wrapped package was none of his business. Over the years, Smith had come to believe the package was a wedding cake.

After his mother died, Smith became curious and decided to open the package, but nothing could have prepared him for what he found.

Police said Smith discovered that the package was not a wedding cake at all. Instead, when Smith opened the package he found a frozen baby.

The baby had been in the freezer for 37 years the police said.

The baby was wrapped in a pink baby blanket inside the wrapped box.

Police noted that the baby was fully preserved and had a full head of hair.

Smith said, “Who absolutely keeps their own child in a box for this long and never talks about it? I just have so many thoughts and it is just insane…I am distraught.”

Smith told police that he remembers that his mother once spoke about losing a child at birth. He said that he recently learned from a relative that [his] mother may have given birth to twins, but lost one at birth. The relative told Smith that she gave the other up for adoption.

Smith now believes that the baby could have been his sister and told police he is horrified at what his mother could have done to her.

Smith says that he wants answers but may never know the truth.

St. Lous police are now waiting on the results of an autopsy.