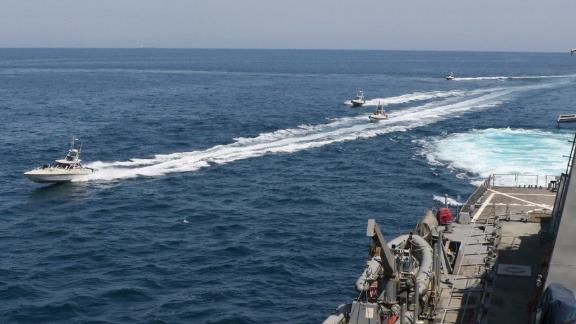 The U.S. Navy said 11 Iranian gunboats crossed the bows and sterns of the U.S vessels at extremely close range and high speeds, taunting the crew.

President Donald Trump fired back and said he ordered navy ships to fire upon any Iranian vessel if they taunt U.S Navy ships.

I have instructed the United States Navy to shoot down and destroy any and all Iranian gunboats if they harass our ships at sea.

Trump says the days of drawing a red line are over and will do whatever it takes to protect our military and security of America.

The Pentagon warned Iran, stating that if this is the path Iran wants to take, then they should tread carefully.

Iran accused Trump of being a bully.

We want to hear from you. What do you think about the President’s statement?