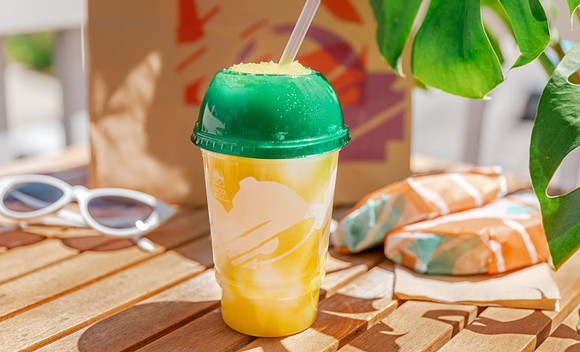 The Bell rolled out its new beverage on May 21, just as theme park fans have grown thirsty for their beloved costumed characters and colorful, sugary drinks, after parks closed in mid-March due to the coronavirus.

Calling its new Pineapple Whip Freeze “the taste of summer we all needed,” Taco Bell hopes customers will make a run for the border long before they head back to Disney World in June or July. Disney obsessives have noticed the resemblance, but the differences between the two beverages come down to more than just price.

The Pineapple Whip Freeze only cost $2.69 for a large, and that comes without a park-hopper pass (during Taco Bell’s afternoon “Happier Hour,” you can get the drink for a dollar). Dole Whips, by comparison, will set you back $4.99, plus park admission. (Taco Bell also offers a new Pineapple Freeze without the creamer.)

As per usual, you’ll get what you pay for – and those hoping to “Live Más” may want to reconsider actually consuming the Taco Bell version.

While Disney’s Dole Whip has three fairly simple simple ingredients (vanilla ice cream, pineapple juice and frozen pineapple), the Pineapple Whip Freeze has at least 11 ingredients in the drink and another 14 listed in the whipped topping alone, many of which are different types of sugar and preservatives.…