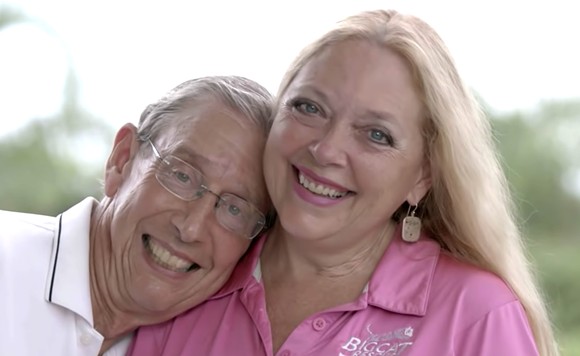 Arguably the best distraction right now from the ongoing apocalypse is Netflix’s new docuseries “Tiger King: Murder, Mayhem and Madness,” which essentially focuses on bitter rivalries within the insanely bizarre big cat industry, and one of the main people featured in it, Carol Baskin, is not at all happy.

In a blog posted Sunday to her website, the CEO of Tampa’s Big Cat Rescue said she was “disappointed.”

“When the directors of the Netflix documentary Tiger King came to us five years ago they said they wanted to make the big cat version of “Blackfish,’” writes Baskin, “that would expose the misery caused by the rampant breeding of big cat cubs for cub petting exploitation and the awful life the cats lead in roadside zoos and back yards if they survive.”

While the docuseries certainly addresses these things and mostly focuses on the exploits of convicted zookeeper Joe Exotic and his failed murder for hire plot aimed at Baskins, it also spends an entire episode on the strange circumstances involving the disappearance of Baskins’ husband, Don Lewis.

In episode three, it’s implied that Lewis’ body was put into a meat grinder and fed to tigers, which Baskin heavily refutes.

“The meat grinder shown in the video was enormous.…