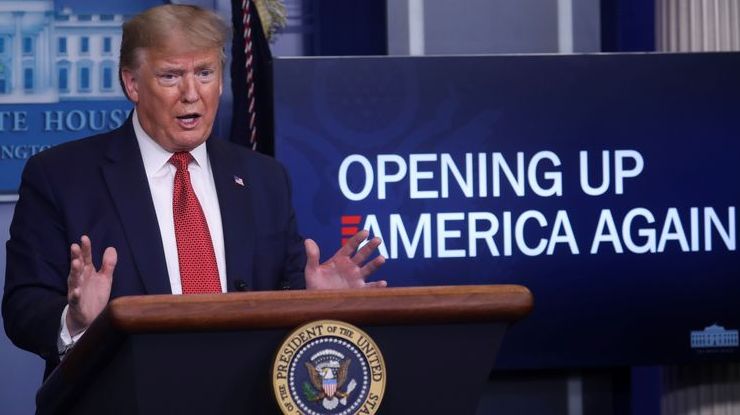 Trump had said earlier this week he would be suspending immigration into the U.S for at least 60 days in order to make sure Americans laid off during the coronavirus pandemic are “first in line” for new jobs.

On April 22, he signed the executive order.

Trump said, “In order to protect our great American workers, I’ve just signed an executive order temporarily suspending immigration into the United States. This will ensure that unemployed Americans of all backgrounds will be first in line for jobs as our economy reopens.”

Trump said that he would re-evaluate the temporary ban after he looks at unemployment and economic figures.

White House officials said the ban includes people awarded permanent residence under the diversity lottery, work green cards, and chain migration. People who are seeking Green Cards under US Citizenship and Immigration Services (USCIS) are already in the country, so they are not subject to the pause.

The White House said that what people don’t realize is that much of the immigration system has already ground to a halt because of COVID-19.

AOC, Biden, and Pelosi all accused Trump of being racist.

Pelosi said, “Trump is a failure and this is just a way for him to divert attention away from himself.”

“The president’s immigration policy just makes sense,” said Trump campaign spokesman Tim Murtaugh. He asked, “With 22 million Americans applying for unemployment; why would you in good conscience introduce brand new competition for them?”