When Jennifer Anderson found out an Orlando judge was seeking to remove a professional guardian from nearly 100 cases for filing “do not resuscitate” orders on behalf of incapacitated clients without permission, she didn’t think it applied to her grandmother’s case.

After all, Anderson had been appointed by Circuit Judge Janet C. Thorpe in 2018 to make medical and personal decisions for her grandmother Helene Davidson, who has dementia, Anderson’s attorney Sherrille Akin said. The guardian, Rebecca Fierle, had only been given legal authority over Davidson’s finances and estate, court records show.

But after Thorpe sought to remove Fierle from 95 Orange County cases last week, including Davidson’s, Anderson and Akin called Davidson’s nursing home — and found a DNR order Fierle signed for the 96-year-old on Jan. 4 without the legal authority to do so and without telling her family or the court, Akin alleged.

“[Mrs. Davidson] doesn’t have a terminal diagnosis,” Akin said of her client’s grandmother. “She’s old. It’s awfully pompous for you to make a decision of what quality of life somebody else values.”

The judge’s move to wrest the cases away from Fierle came after an investigation released by Florida’s Office of Public and Professional Guardians determined another of her wards, 75-year-old Steven Stryker, had died in a Tampa hospital after staff could not perform life-saving procedures because of a DNR order filed against his wishes by Fierle. 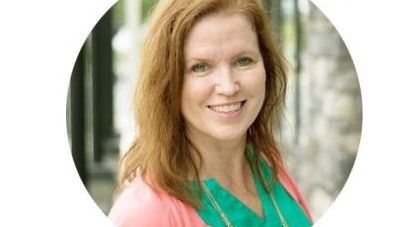 Since then, several people, including one of Fierle’s current wards and family members of two former wards have come forward to tell the Orlando Sentinel that the guardian did not respect their wishes. Fierle’s handling of cases has also come under fire by the Orange County Comptroller’s Office, which says it found conflicts of interests in her handling of wards’ assets.

Neither Fierle nor her attorney have responded to multiple requests for comment. At a July 11 hearing that was closed to the public, Fierle resigned from all her cases in Orange and Osceola counties, according to court minutes. Thorpe has since revoked all advanced directives, including DNR orders, signed by Fierle for her wards in those two counties, records show.

“There weren’t any independent checks and balances to protect the innocent ward,” Diamond said in an interview with the Sentinel.

The comptroller’s office reviewed the cases at the Ninth Judicial Circuit’s request, focusing on “higher risk” events, like the guardian asking to sell or dispose of a ward’s assets, the agency’s report said. Fierle has petitioned to be appointed a guardian in about 400 Orange County cases since 2007, the comptroller’s report said.

Based on billing records, the office found evidence that Fierle may have entered into a contract with a health-care company whose patients later became her wards. The agreement between Fierle and the company was not disclosed to the court — a potential violation, Diamond said. 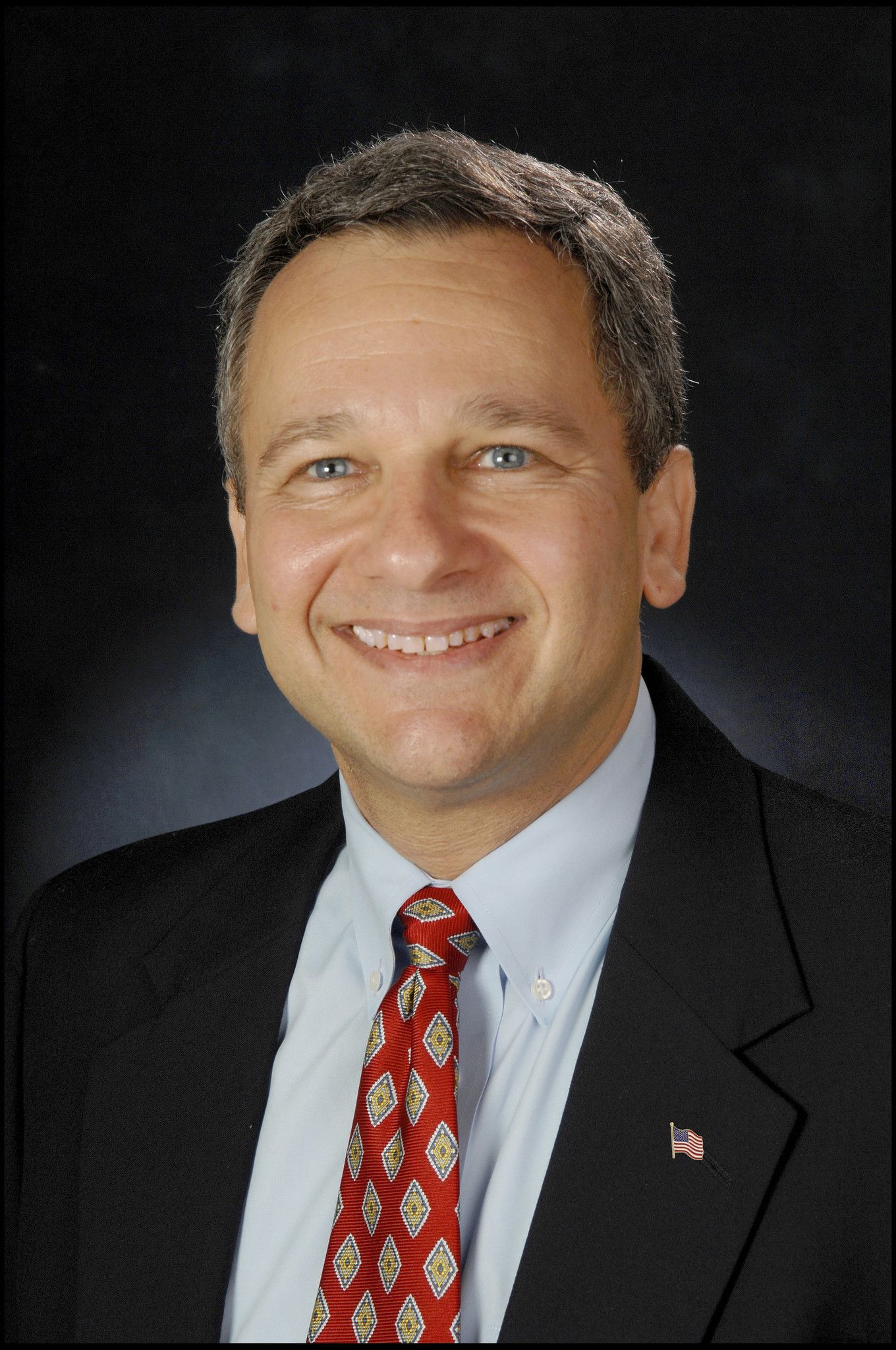 “A guardian may not: (a) Have any interest, financial or otherwise, direct or indirect, in any business transaction or activity with the guardianship,” the report said.

The comptroller’s office also found conflicts of interest: Fierle had hired people to perform services for her wards whom she had a previous relationship with, including a person whose family trust lists her as the trustee, Diamond said. She also used a ward’s money to pay for vehicle repairs at an automotive shop owned by a family member, the report said.

“The relationship to the owner has not been disclosed to the Court for evaluation of any conflicts of interest and ensure competitive pricing is obtained,” Diamond’s investigators wrote.

In some instances, Fierle hired a person to do an inventory and appraisal of a ward’s property, then sold the property to that person, who collected a commission, Diamond said.

The guardian also didn’t report all the people she employed at her company, Geriatric Management LLC, to the state, which requires guardians and their employees to submit a credit history investigation and undergo an extensive background check, according to the report.

The employees, though, billed her wards’ bank accounts for services.

In one case, Diamond noted, a ward sent a letter to the Clerk of Court’s office saying a lien had been put on a storage unit holding all of her belongings because Fierle did not pay a $299 bill. The unit was sold at an auction, and the ward’s son later indicated family members had wanted to keep the personal items, the report said.

“There was a pattern of not keeping relatives informed of what was going on in these guardianship cases,” Diamond said.

The main purpose of guardianship laws is to “protect innocent people,” Diamond said.

“You have to make sure people in these positions, be it personal or financial affairs, are trustworthy,” Diamond said. “We take the protection of the elderly and the unprotected very seriously.”

Records released by the Florida Department of Elder Affairs show Fierle received at least two warnings from the agency after a January 2017 investigative report found Fierle used an auto shop where her father had an interest to clean, service and sell the vehicles of her wards, without notifying the court.

“Though the [Office of Public and Professional Guardians] will not pursue disciplinary measures beyond the issuing of this letter regarding this particular matter, it would like to express concern regarding your failure to adhere to his section,” OPPG executive director Carol Berkowitz wrote. “Please be advised that, in the future, failure to adhere to these standards may result in further disciplinary action.”

A second investigation into claims that Fierle violated Florida guardianship law determined the allegations were unsubstantiated, a report from November 2017 shows.

“Protecting vulnerable adults from harm is our utmost priority,” Florida Department of Elder Affairs Secretary Richard Prudom said in a statement. “Upon receiving these troubling complaints against Ms. Fierle, we immediately forwarded it for investigation. We are continuing to do everything possible under the law to hold Ms. Fierle accountable for her actions.” 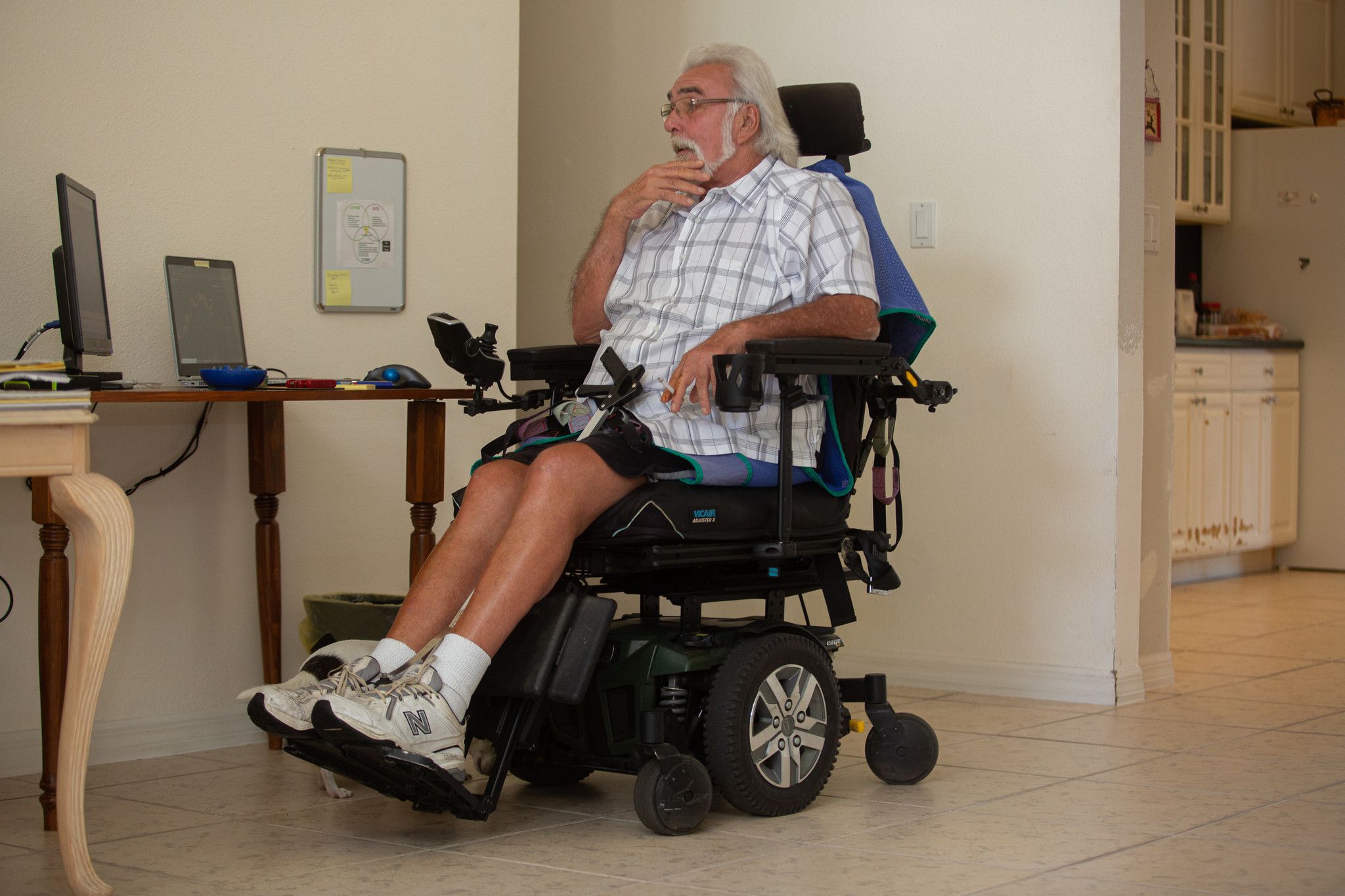 Jack Meagher, a ward of Rebecca Fierle in Seminole County, says he’s capable of making financial and quality of life decisions for himself — and does not want to be subject to a “do not resuscitate” order. (Sarah Espedido / Orlando Sentinel/)

James “Jack” Meagher doesn’t know if Fierle, his guardian, has filed an order asking doctors not to resuscitate him if his heart or breathing stops — but he wants it known that it’s not his choice.

“I don’t want to die,” Meagher, who is disabled and uses a motorized wheelchair, told the Sentinel. “If I go to the hospital over something stupid, like an accident or whatever, if there’s a chance of saving me, better save my ass — OK?”

Meagher, 67, of Winter Springs was placed under Fierle’s guardianship by a judge in Seminole County after his sons alleged he was mentally ill, suicidal and had physically and emotionally abused them for years, including threatening them with a gun. Meagher’s guns were taken away and he was ruled incapacitated, court records show.

Meagher says he doesn’t object to his guns being taken away, but he does have an issue with Fierle making medical, financial, housing, legal and personal decisions for him — choices he feels capable of making.

Meagher, who lives in his home, claimed Fierle won’t buy him necessary supplies like air and water filters or a $69 removable net he wanted to make his chair more comfortable. Meagher said he’s also not allowed to go to the pool as one of his physical therapists recommended because Fierle won’t allow it.

Fierle’s employees give him a $125 Publix gift card every two weeks for food, and he drives his wheelchair to the store to pick up groceries because he’s not allowed to drive, he said. He takes photos of his food to prove he can cook for himself.

His son, Jay Meagher, called his father an “excellent manipulator” who neglected his own health care. Jay Meagher said his father has been treated fairly by Fierle and helped bring his children peace in a troubled family situation.

But the families of other wards say Fierle used familial disputes to extend guardianships.

Barbara “Robbie” Blake said she and her two sisters were in a legal dispute over the medical care and estate of their late stepmother, Shirley Blake, when Fierle became her guardian in Seminole County. Barbara Blake and one of her sisters, Alison Ramsey, claim Fierle undervalued their parents’ Sanford home, which ultimately sold for $1.2 million after the guardian was discharged.

“Close to $1 million was wasted because of this woman on attorney’s fees and guardianship fees,” Blake said. “I thought this system of guardianship and probate was supposed to help families, but no — what they want is to help themselves to this money.”

Angela Woodhull fought Fierle for years through the state and federal court system, contesting how Fierle spent the money of her mother, Louise A. Falvo, who died in 2008. Falvo also came under Fierle’s guardianship in Seminole County as the result of a family dispute, Woodhull said.

Woodhull, a private investigator, said she dedicated more than a decade of her life to looking into Fierle’s cases and complained to multiple agencies in Florida, but no one ever responded. When she read the news that a judge was seeking to remove Fierle after finding she “abused her power,” Woodhull could not speak at first.

“I’m just sitting there at my computer going ‘Oh my god, oh my god,’” said Woodhull, who now lives South Carolina. “I couldn’t believe it. I had given up and moved away. … And it still feels surreal. When I tell somebody about the guardianship system, they’re like, ‘Is this really real? Does this this really go on in the United States of America?’ It feels so unreal.”