Second video below the article

According to the Senate, it is now abundantly clear, following a damning story published by the New York Post, that former Vice President Joe Biden lied about not knowing that his son, Hunter Biden, did business with the Ukrainians.

In fact, in an email obtained by the NYP, it shows that Hunter introduced his father to a top executive at a Ukrainian energy firm less than a year before Joe pressured government officials in Ukraine into firing a prosecutor who was investigating the company. 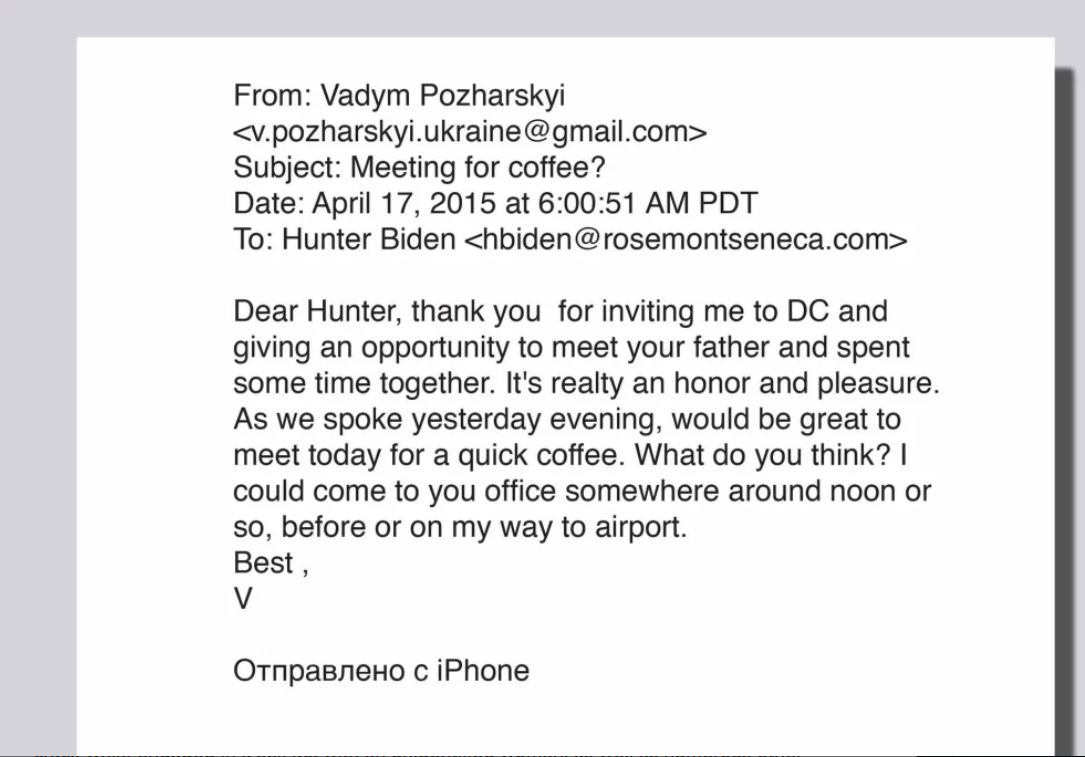 The data was recovered from a laptop computer that had been dropped off at a repair shop in Deleware. The laptop belonged to Hunter. The laptop was later seized by the FBI after they were notified by the shop owner.

The shop owner told the NYP, “I made a copy and gave it Mayor Rudy Giuliani’s lawyer, Robert Costello.”

Former advisor to President Donal Trump, Steve Bannon, told the NYP about the hard drive in September and Giuliani gave a copy of it to the NYP on Sunday.

The hard drive also allegedly had a video showing that Hunter was smoking crack while having sex with an unidentified female prostitute. The laptop also contained dozens of other sexually explicit images. (The Daily Lash has requested the video and photos for publication)

In addition to Hunter smoking crack on video, he allegedly rented a car in Las Vegas and broke down shortly after. When the rental company came to pick up the car they allegedly found a crack pipe in the vehicle.

According to the NYP, less than eight months after Vadym Pozharskyi, an adviser to the board of Burisma, thanked Hunter for the introduction to Joe, he then admittedly pressured Ukrainian President Petro Poroshenko and Prime Minister Arseniy Yatsenyuk into getting rid of Prosecutor General Viktor Shokin by threatening to withhold a $1 billion US loan guarantee during a December 2015 trip to Kyiv.

“I looked at them and said: I’m leaving in six hours. If the prosecutor is not fired, you’re not getting the money,” Joe brazenly bragged to the Council on Foreign Relations in 2018. “Well, son of a bitch. He got fired.”

Both Hunter and Joe have denied any wrongdoing or association with Ukraine, however, an e-mail dated May 12, 2014, states otherwise. The mail shows that shortly after Hunter joined the Burisma board, Pozharskyi attempted to get Hunter to use his political leverage to help the company.

Both companies took an aggressive stance and began blocking the post, including those who attempted to share it. The story was taken down from multiple Facebook and Twitter accounts. If the story was not deleted, the tech giants used algorithms to prevent the story from being seen on a subscriber’s timeline. Thus giving the appearance to the publisher that the story is available to readers but it’s actually not. Also known as shadowbanning.

A point in case, The Daily Lash, too, attempted to publish the story to Facebook and it was immediately delted multiple times.

The story is also being shadowbanned by News Break.

Senator Ted Cruz was also blocked from sharing the story as was The NYP.

Cruz said the two monopolies are actively interfering with an election.

The Senate is also asking why the FBI seized the laptop but never released the information.