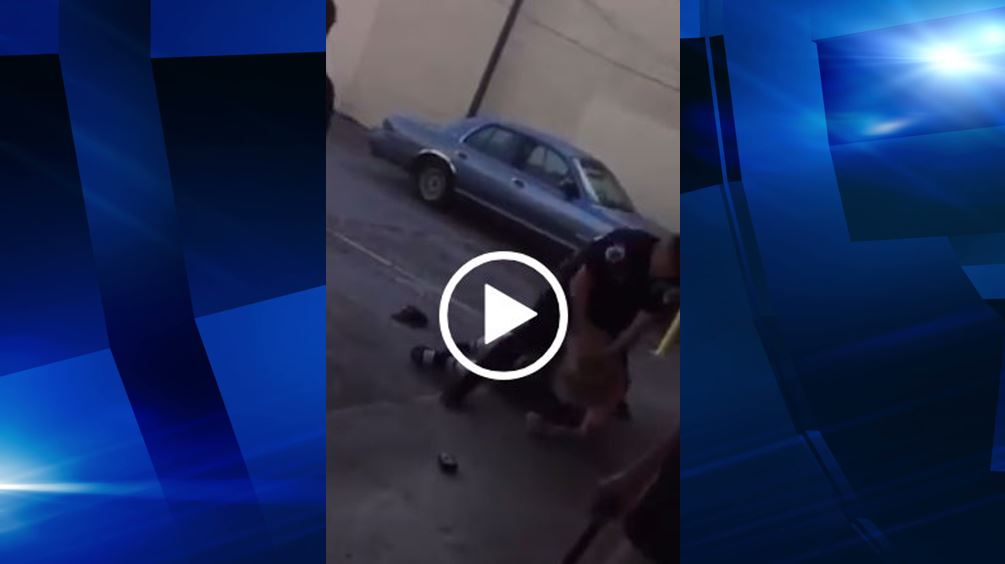 Baytown, Texas — Two Baytown police officers are now under investigation after a video surfaced which shows the officers arrest two men for cursing in public.

One of the officers kneed a compliant man in the face after he was thrown to the ground.

Skylar Gilmore and his friends, Isaiah Benavides and Isaiah Phillips, were at a convenience store when Benavides began recording Jostin Moore, who had been stopped in the parking lot by the two officers.

A short time after the video begins, one of the officers approached Gilmore and told him that he was being placed under arrest for “cursing in public.” The officer then grabs Gilmore, forces him to the ground, and in the process, knees him in the face. He then leans his weight on Gilmore’s face and pressed it into the concrete. The second officer then grabbed Gilmore from the back.

According to the arrest affidavit obtained by The Daily Lash, Gilmore was charged with Using Profanity in Public and Interfering with an Investigation.

Gilmore’s friend, Isiah Phillips, was arrested on the same charges.

According to reports, the officers slammed Phillips’ face onto the hood of the patrol car so hard that it dented the hood.

However, the two officers in the video have more than a dozen complaints filed against them for excessive force. The complaints have always been dismissed, even after body cam video incriminated the officers. The officer who took Gilmore to the ground has put the same individual in the hospital, not once, but twice. One of the hospital stays was for two weeks. In both instances, the charges against the “suspect” were dropped and the officer did not face any discipline.

Dougherty said he has placed both of the officers on desk duty. He said he refuses to fire them until a full and complete investigation has been completed.

Gilmore’s attorney said that the agency violated his First Amendment rights to free speech. Additionally, he said the officers need to be charged with assault and fired.

The State Attorney’s Office dropped the charges of interfering against both men, but are still pursuing the charges for cursing in public.

Gilmore’s attorney said, “This is the reason people do like nor trust cops.”

Records show that even with video evidence, the officers falsified reports.

“Police continue to lie, even with video evidence. Why? Because they have been getting away with it for so long and they absolutely do not believe they have done anything wrong,” the attorney said.

The two men were arrested for cursing in public. Ironically, at the end of the video, you hear the officer tell the man behind the camera to back up before he “breaks his sh*t.”

The Daily Lash has requested all records on the two officers, including the release of their names. The agency has yet to comply.